About The Game of Humanity 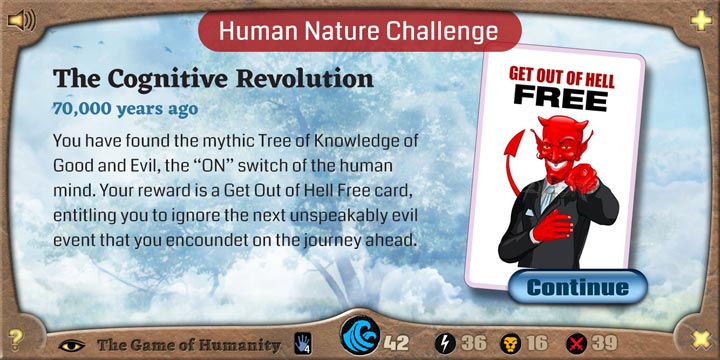 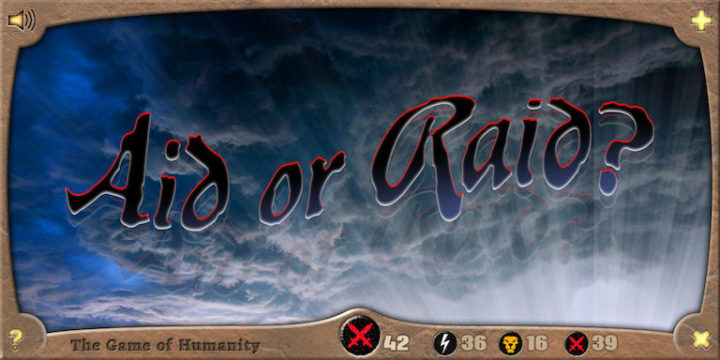 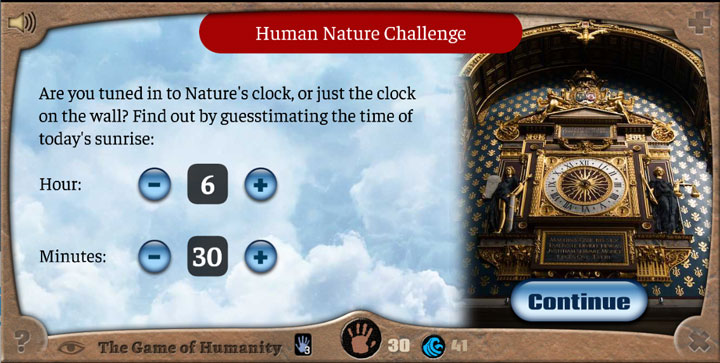 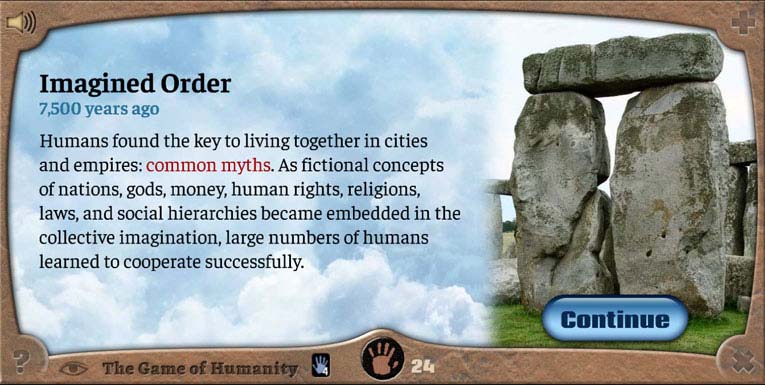 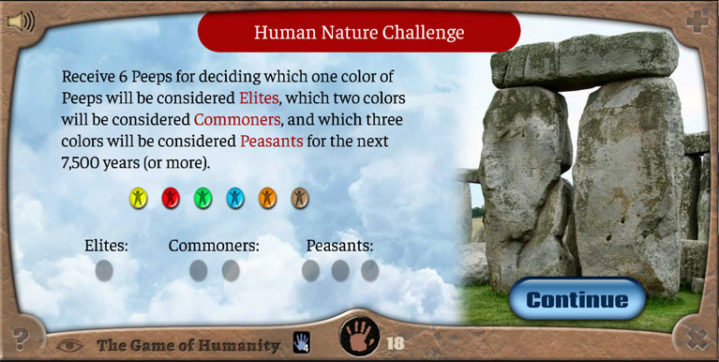 The Game of Humanity is a fun educational game played online. Its goal is to take one to four Homo sapiens ages 12 to 200,000 on a journey through history.

A History and Herstory of Us

How often do we stop to appreciate the miracle that we are here now — the culmination of almost 14 billion years of cosmic and global and microscopic activity that had to happen exactly as it did for us to be at all? How often do we ask ourselves the question no other species would think to ask or answer for itself: How have we become where and what and who we are?

The Game of Humanity spans the full arc of our history, starting from the pre-human majesty of the Big Bang to the Human Condition of the Here Now. In the space of an hour or two, the game will take you — alone or with a few friends — down a path that revisits many of the most important events in our biological and cultural evolution.

In this fun educational game, you’ll lead a tribe of “Peeps” through the key events in human history, using your Human Nature in cooperation and competition with other tribes. Your ostensible objective is to develop a diverse and large tribe for the good of our species, but there’s also a chance you’ll be swept up in The Rapture and leave your worldly concerns behind. Learn more about the rules.

As you experience our history unfolding, try looking at the events through a few different lenses:

You’re welcome to play this educational board game free of charge. (I want to be sure you feel you got your money’s worth.) Rest assured the game presupposes no knowledge of history; instead, it assumes you learned and remember as much about the history of our species as I did and do.

Like our species, The Game of Humanity is a labor of love in progress. I welcome your feedback, suggestions, contributions, attributions, additions, modifications, corrections, rejections, projections, dissections, etc., using the contact form. Play now!

Much of the effort and creativity came from these sources:

I am indebted to the following sources for much of the material:

Thank you for playing The Game of Humanity.

“Having created a Star Wars civilization with Paleolithic emotions, Medieval institutions and God-like power, we are a danger to ourselves and to the rest of life.”