Human Population Growth and the End of Humanity 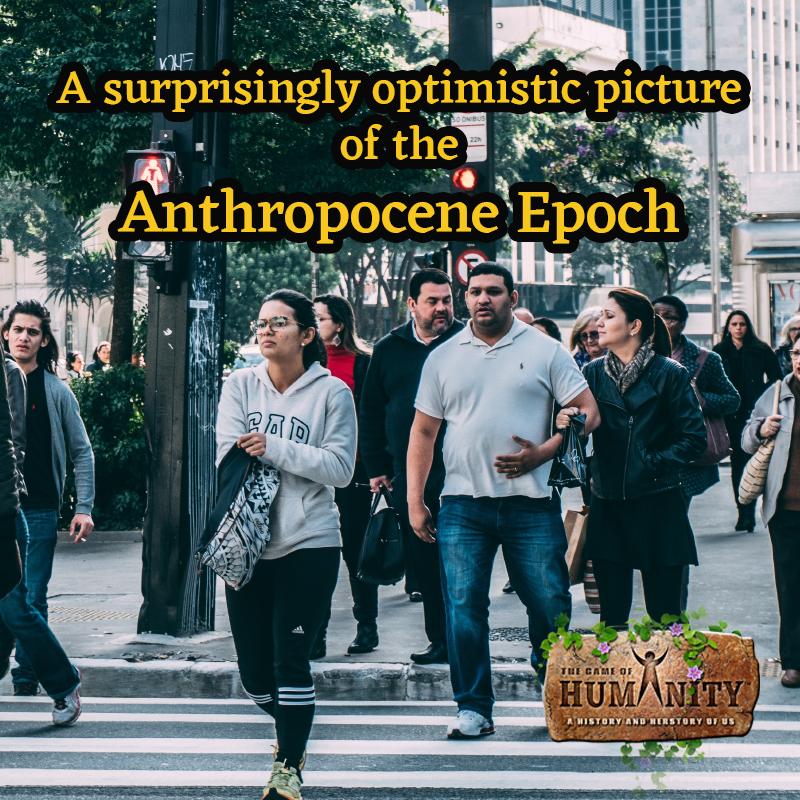 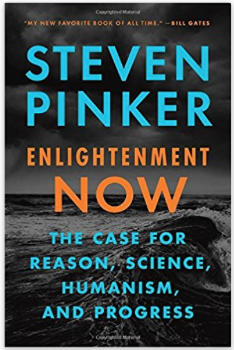 In Enlightenment Now: The Case for Reason, Science, Humanism, and Progress (2018), author Steven Pinker paints a surprisingly optimistic picture of the Anthropocene Epoch, Earth’s current geologic time period.  This Epoch marks the fact that humans are the first species to exert a planet-scale influence on the Earth’s atmospheric, geologic, hydrologic, biospheric, and other system processes. Pinker argues that there is a constructive alternative to the fatalism that many environmentalists espouse  — namely, the idea that “environmental problems, like other problems, are solvable, given the right knowledge.”

In laying out an approach he calls “Ecomodernism” or “Humanistic Environmentalism,” Pinker starts with the principle that humans have never lived in complete harmony with our environment. “A dirty secret of the conservation movement,” he says, “is that wilderness preserves are set up only after indigenous peoples have been decimated or forcibly removed from them.”

Ecomodernists also point out that industrialization has been good for humanity in many ways — for example, by feeding billions of people, increasing lifespans, reducing extreme poverty, and helping end slavery, emancipate women and educate children. “Any costs in pollution and habitat loss have to be weighed against these gifts,” Pinker argues.

In addition, Ecomodernists assert that the harmful impacts to human wellbeing from environmental damage can be “renegotiated” by technology. “How to enjoy more calories, lumens, BTUs, bits, and miles with less pollution and land is itself a technological problem,” Pinker says, “and one that the world is increasingly solving.”

The growth in human population and the concomitant drain on resources to support that growth are only problematic, Pinker asserts, if we assume “that knowledge will be frozen in its current state and people will robotically persist in their current behavior regardless of circumstances.” In fact, the “population bomb” predicted in the 1960s never dropped. Instead, the world’s population growth rate peaked at 2.1% per year in 1962 and has been falling since then; it is expected to be close to zero around 2070.

Likewise, resources that are supposedly “scarce” refuse to run out. Famines predicted for the 1980s never materialized, nor did scarcities of metals and minerals used in manufacturing, nor did shortages of fossil fuels. As Pinker points out, people don’t need resources per se — we need ways of growing food, getting around, powering our homes, and facilitating other sources of wellbeing. We satisfy these needs with ideas— techniques, algorithms, formulas, etc. — not limited by the quantity of any particular stuff in the ground.

Our use of most resources has already peaked or is about to do so.

“[W]e may have reached Peak Children, Peak Farmland, Peak Timber, Peak Paper, and Peak Car,” Pinker says. “Indeed, we may be reaching Peak Stuff.” Of 100 commodities whose usage was studied in the U.S., 36 have peaked in absolute use, and 53 more are about to drop, leaving only 11 that are still increasing.

At the same time, Pinker admits that “[t]he fact that many measures of environmental quality are improving does not mean that everything is OK, that the environment got better by itself, or that we can just sit back and relax.” The human-caused problems that led scientists to declare this the Anthropocene Epoch flash before us like a sign at a crowded gift shop: “You broke it; you bought it.”

Are you interested in understanding the Anthropocene Epoch and human population growth in their historical context? Play The Game of Humanity!